The Lithuanian Association of Literary Translators:

The St. Jerome Award in both categories is announced on September the 30th, the International Translation Day, also called the St. Jerome’s Day. The awarding ceremony is followed by a concert of famous Lithuanian musicians and a reception.

Promotes the criticism of translations.

Nominations for the Best Translated Book of the Year:

Includes translators of Lithuanian literature in its activities:

Project “Vilnius academy of literature: Acquaintances and connections” in 2009:

The project resulted in the publication of the texts in an anthology and the presentation of the translations to the Vilnius audience.
Partners: European Council of Associations of Literary Translators (CEATL) (Ros Schwartz); Collège Européen des Traducteurs Littéraires de Seneffe (Belgium) (Françoise Wuilmart); Übersetzergemeinschaft (Austria) and others. 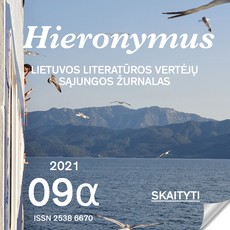 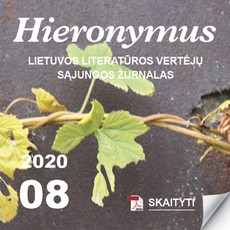